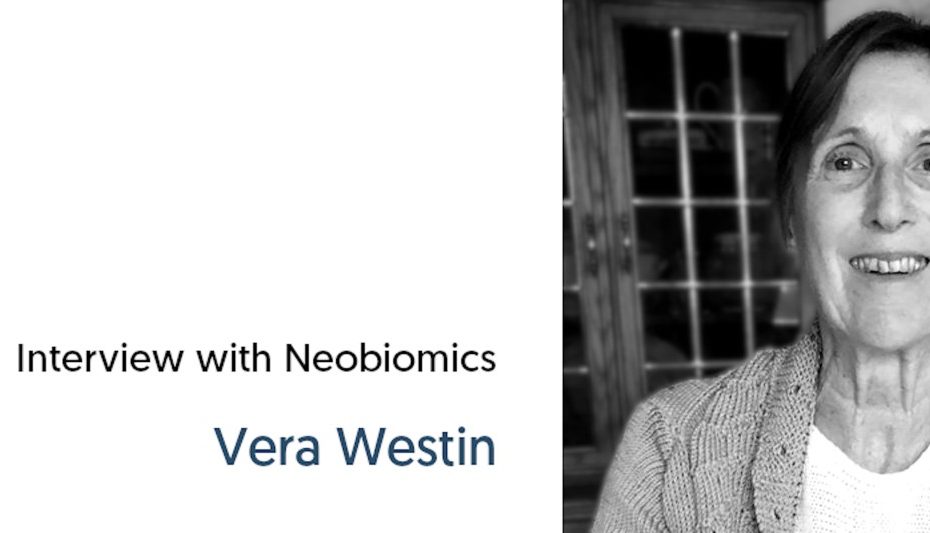 As a user of ProPrems®, you will get in touch with Vera Westin. She is an experienced dietitian, holds a PhD in neonatal nutrition at Karolinska Institutet and has a long history from the Karolinska University Hospital. How did Vera start her path within nutrition? And what did her research studies cover?

I was born in the Netherlands in a little town not too far from Amsterdam, named Oegstgeest. Just try to pronounce this name! Since 1980, I am living in a suburb south of Stockholm together with my Swedish husband. We have three grown up sons, all living nearby in and around Stockholm. I am positive, curious, fearless according to my colleagues, and goal-oriented person that enjoys challenges.

How come you decided to work within nutrition? And in particular neonatal nutrition?

It was a coincidence that I attended dietitian training at The Hague University. But I never regretted becoming a dietitian because I liked the nutrition issues and all the contacts with patients and ward staff in a hospital setting. My first employment was at Leiden University Medical Centre, where I worked during five years before I moved to Sweden and my career at Karolinska University Hospital in Stockholm started.

As a children’s dietitian I have been working with several disciplines within the children’s department before I ended up with neonatal nutrition at the neonatal intensive care units. Research regarding nutritional content in mothers’ own breast milk shows differences between and within mothers and changes over time. In the middle of the nineties, many neonatal intensive care units in Sweden started to analyse breast milk which enabled individually adapted fortification. At one of Karolinska’s neonatal units, I took the initiative calculating the nutritional needs of every preterm infant according to breast milk analyses which contributed to increased focus on neonatal nutrition and assured quality of the nutrition process in the ward.

You hold a PhD in neonatal nutrition at Karolinska Institutet. What did your research cover?

My research covered extremely preterm infants’ (born before 27 weeks of gestation) nutrition in general, and during the perioperative week surrounding surgery of patent ductus arteriosus (PDA), in particular. Nutritional intakes, including energy and macronutrients of infants born in Stockholm were investigated during an eight-year period from 2004 to 2011 in two of my studies. The results showed that nutritional intakes improved over these years, that early supply of energy and protein may reduce morbidity risks, and that perioperative nutritional intakes were suboptimal and differed between Swedish neonatal units.

Previously, I had an interview with Kristina Magnusson Borg, Board Member of Neobiomics. She forwarded a question: “Dear Vera, as an experienced dietitian I would like to ask you how and why you picked Neobiomics as one of the companies to work with.”

I met Stefan on an afterwork event about one year ago. We knew each other since earlier while working together at one of Karolinska’s neonatal units. Stefan told me all about ProPrems®, Neobiomics and his idea to employ a Customer Support Manager. As newly retired and keen of new challenges I accepted his offer to become Neobiomics’ new external contact for those using ProPrems®.

You are now the Customer Support Manager at Neobiomics. What do you like the most with the position?

I especially like my digital meetings with all ProPrems® users after their first order, sharing our “hands-on kit” and hereby easing the implementation of ProPrems®. After the first Zoom meeting, I have follow-up contacts and thereby also learn about their experiences. It is a very satisfactory feeling to be a representative for a high quality product. I also like all our internal team discussions, I sometimes think that we are more like a research group than a company!

Thanks for your answers! In the following article I will interview Frank Alkenbrecher, newly recruited as European Sales Manager for Neobiomics. What would you like to ask him?

Dear Frank, congratulations to your advancement! What are you most excited about with the new position?

Please let us know what you think of this interview. What are you key learning outcomes? Connect with Vera and the rest of the team at info@neobiomics.eu or by visiting www.proprems.eu.